This site uses cookies to give you a better experience. By browsing on cosmec.com you consent to cookies use 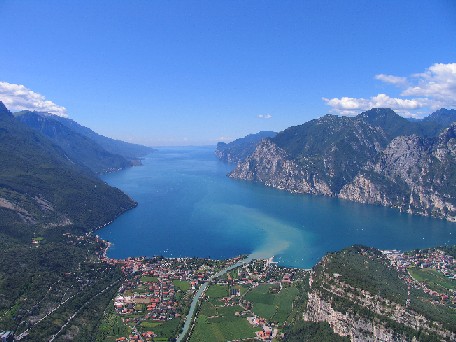 Lake-of-Garda was formed by the last glaciation and the inviting charm of Lake Garda has always enchanted its visitors ever since its first and enthusiast visitor, in 1786, Wolfgang Goethe.

Much praised by the poet Catullus, the ancient Roman Benacus is the largest and most characteristic of the pre-alpine lakes, for its unmistakable blue waters and its varying and changing territory. In its southern part it offers visitors a corner of the Mediterranean, flat and embraced by the gentle slopes of the Olive Riviera, but changes surprisingly a few kilometres to the north, dominated by the high peaks of Mount Baldo, shrinking and assuming the form of a fjord.

Rocks and steep cliffs surmounted by castles and ancient churches steeped in history stand guard over suggestive and graceful little ports. The possibility of excursions is unlimited, even inland, hidden and suggestive: cultural excursions, nature, sports and fun.

To enjoy the beauty of Lake Garda we recommend leaving your car and admiring it at leisure aboard the Navigarda ferry line, preferably choosing the slower route, which stops at almost all the marinas on the Veronese side to enjoy all the sights and take great photos.

Alternatively you can do the full tour of the lake, stopping in the most beautiful locations, thanks to the tour that Autoservizi la Turistica can organize.

One of the most visited is the enchanting town of Malcesine, and then on up to 1,760 metres of altitudewith the new rotating cable car Malcesine-Tratto Spino and its breathtaking views of the lake that are unique in the world. (www.funiviedelbaldo.it).