This site uses cookies to give you a better experience. By browsing on cosmec.com you consent to cookies use

Verona, city of art and culture 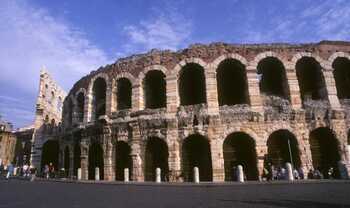 «There is no world without Verona walls but purgatory, torture, hell itself; hence “banished” is banished from the world, and world’s exile is death. Then “banished” is death mistermed: calling death “banishment,” Thou cutt’st my head off with a golden axe and smilest upon the stroke that murders me.»

Declaration of value and motivation

"The historic city of Verona, founded in the first century B.C., has seen periods of expansion in the thirteenth and fourteenth centuries under the rule of the Scala family and from the fifteenth to the seventeenth century under the Republic of Venice. In addition, it is an exceptional example of a fortified town. Verona has preserved a remarkable number of ancient, medieval and Renaissance monuments. It is a city of culture and art .The city centre of Verona was entered in UNESCO World Heritage List on the basis of the following criteria:

Criterion (ii): Due to its urban structure and its architecture, Verona is a beautiful example of a city that has developed progressively and uninterruptedly over two thousand years, incorporating artistic elements of the highest quality from the different periods that have taken place;

Criterion (iv): Verona exceptionally represents the concept of a fortified town in the most characteristic stages of European history.

Link to the official document on the website of UNESCO 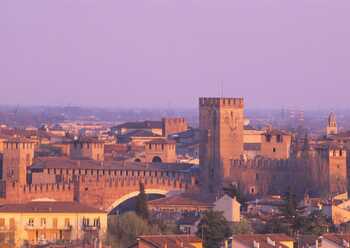 Official site of the City of Verona